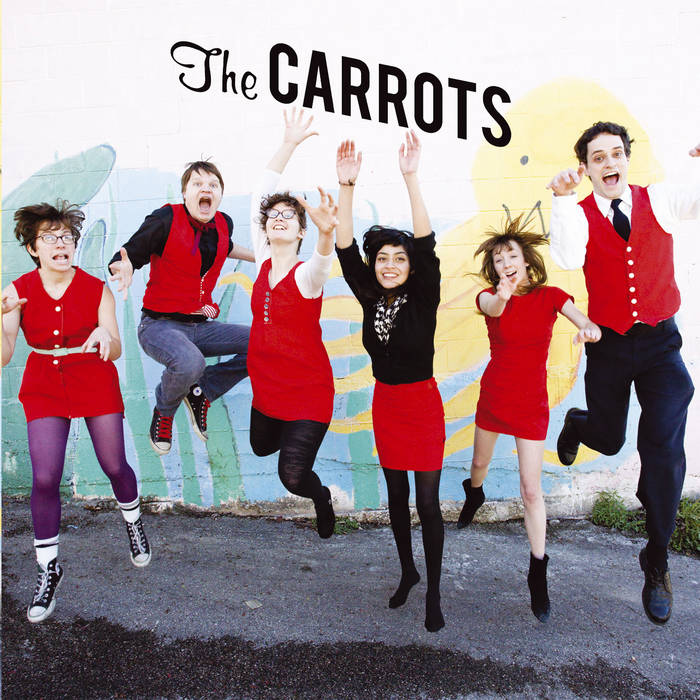 THE CARROTS formed with the intention of offering a fun and hip project, modernizing the legacy of girl groups from the sixties such as THE MARVELETTES, THE COOKIES and THE SUPREMES. The digital component played a major role in the story of the group: Veronica Ortuño placed an ad on myspace where she sought out people to start a group which sounded like THE RONETTES or THE CRYSTALS and this was just the start of the creation of the band in 2005. Their first demos came out later with excellent songs which were deciding factors in signing the group. The first one was their fantastic and limited edition single, “Doing Our Part” which is composed of four songs with Eric Wofford in Cacophony Studios. Songs which remind us of Martha Reeves to Linda Scott to Skeeter Davis, to THE CRYSTALS, THE COOKIES and many others, yet with a hip, direct and modern style, placing them alongside THE PIPETTES and CAMERA OBSCURA. Songs filled with stories of youngsters disappointed and not so disappointed in love (“Doing Our Part” has the ever sounding woo-dop in the middle and the catchy chorus which sticks in one’s ears), heartbreaks ("Ladies of Givens", doesn’t the end of the song remind you a bit of LOVIN’ SPOONFUL?), secret lovestruck high schoolers ("Secret Since 99"), and also a story of a teenager who passes away ("Jimmy don’t cry" with the delicious jazz touch); all being themes which all groups from the fifties wrote about. Of course they face these issues with irony and an upbeat feeling. In conclusion- four great songs with definite, fun and addictive melodies.

Bandcamp Daily  your guide to the world of Bandcamp